Puuluup was formed in 2014 by two talharpa enthusiasts Ramo Teder and Marko Veisson. Ramo Teder is a multi-instrumentalist and has been known for his long solo project Pastacas. He is also a looping pioneer in Estonia and has mastered these skills for twenty years already. Marko Veisson has a background in anthropology and his fieldwork in Northern Ghana as well as his love for West-African music have definitely influenced Puuluup’s style.

They play their own compositions on talharpas – a traditional bowed lyre, popular in Northern Europe since the early Middle Ages and played on Western Estonian islands until the beginning of 20th century. Puuluup directs the vibrations of talharpa’s horsehair strings through effect blocks and looper, uses alternative bowing and drumming techniques and sounds. The mellow sighs of talharpa are paired with electronically amplified echoes, knocks, creaks and crackles, while still maintaining the instrument’s natural sound. They play with music as they play with words, sometimes creating their own language. As the band states: “We draw inspiration from Vormsi nights, trams in November, junkies in love, criminals from Odessa and Antonio Vivaldi”. As a side dish, when giving live concerts they also offer choreographic flittering which emerged on its own during the numerous days these two man spent in the rehearsal rooms.

Because of their unique approach to this traditional instrument Puuluup received several music awards in Estonia including the best Band, the best Ensemble, for the best Album. Their popularity in Estonia and abroad is rapidly growing. The band performed in Canada, China, Chile, France, Germany, Ukraine, Taiwan. 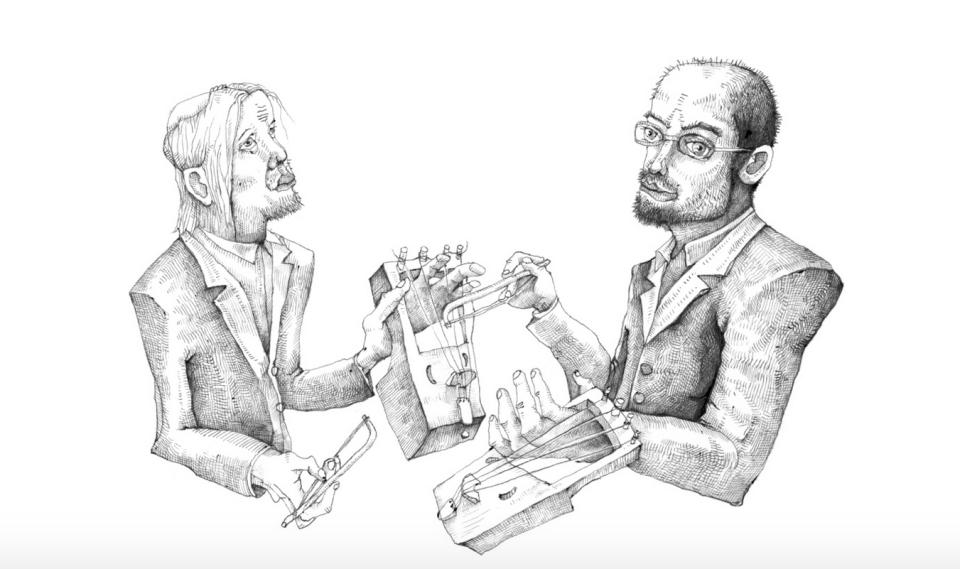 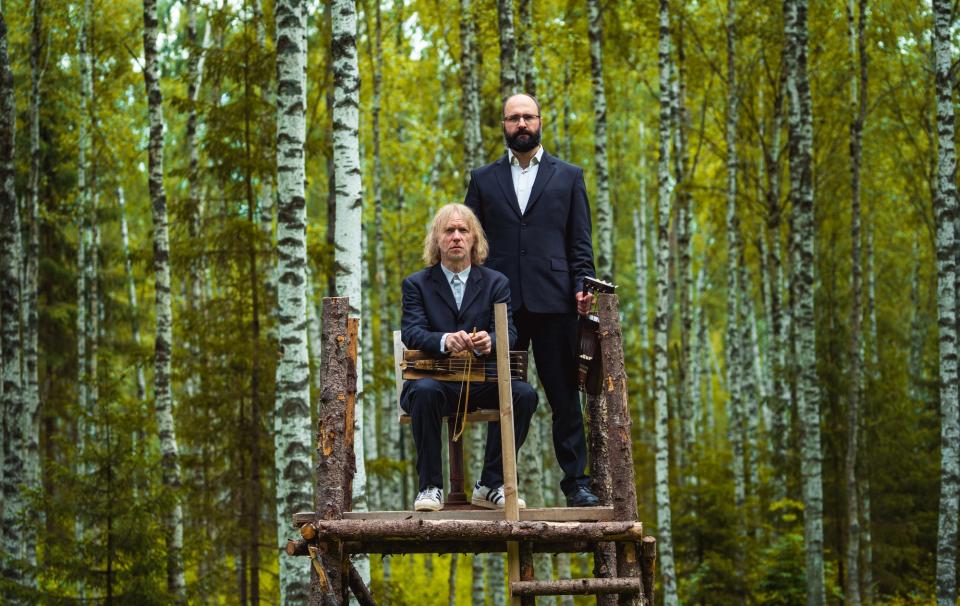 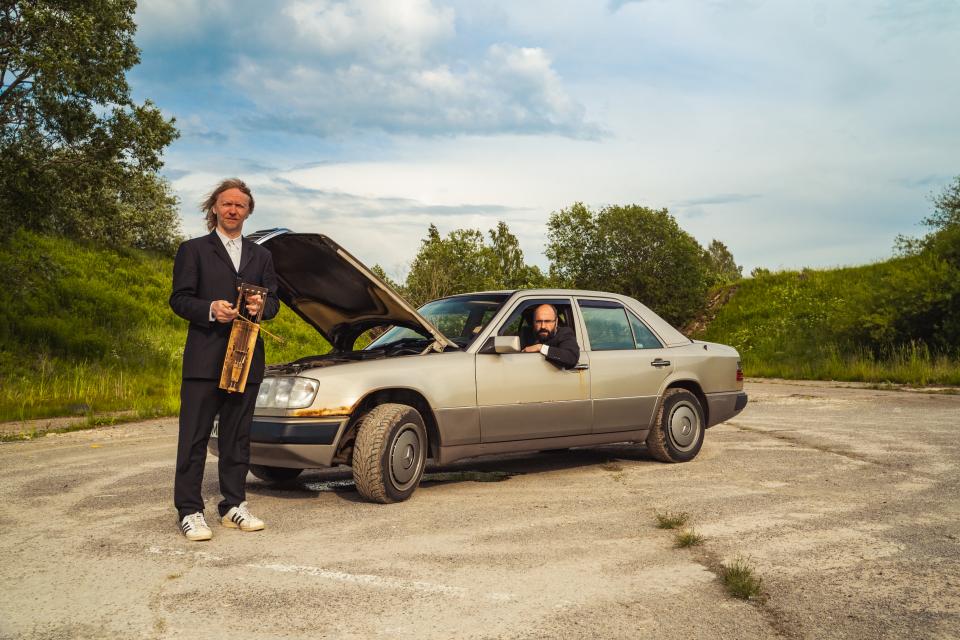 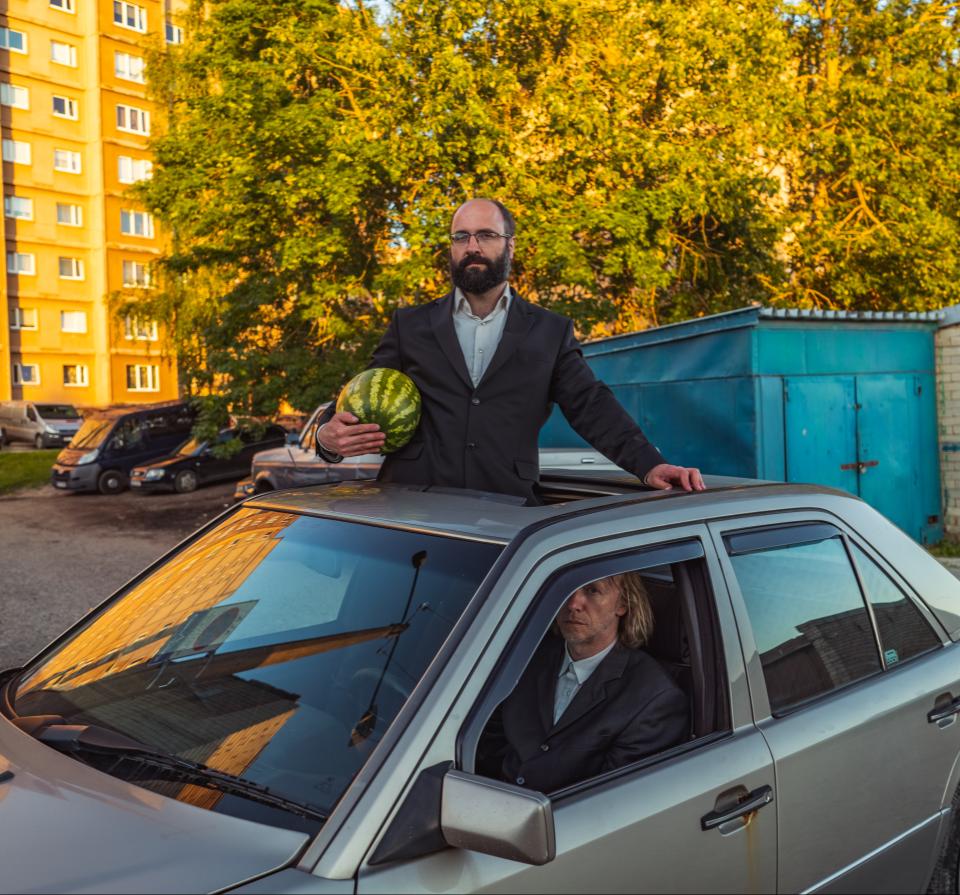 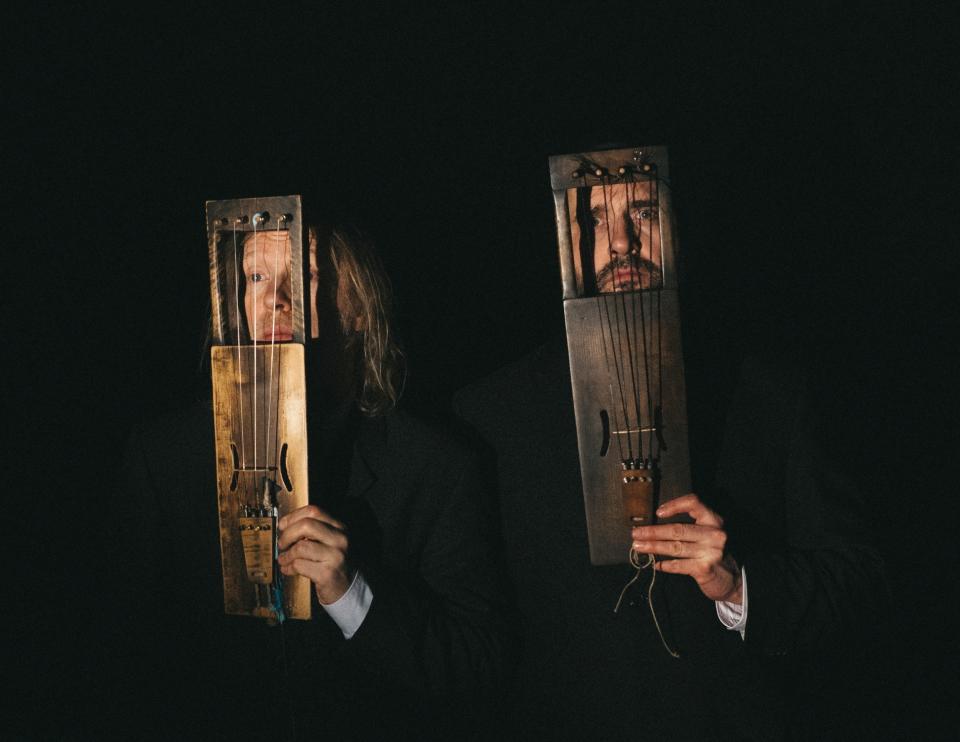 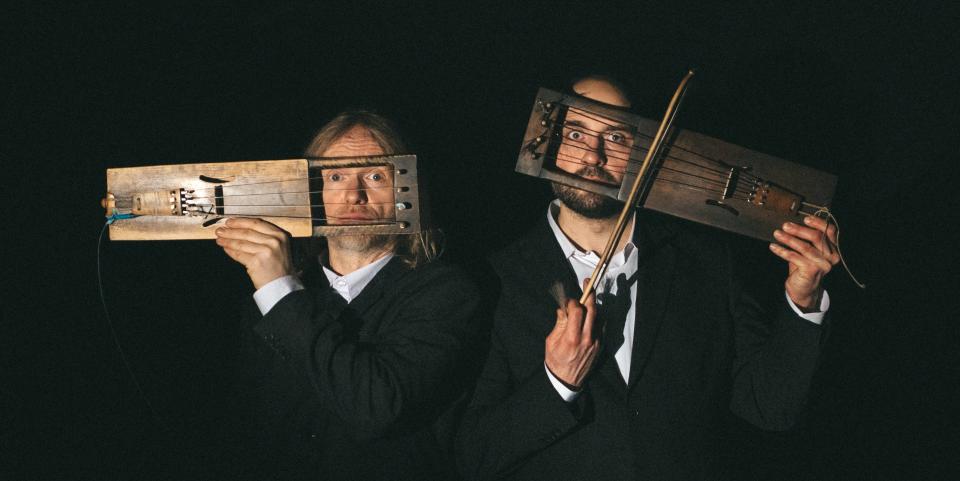